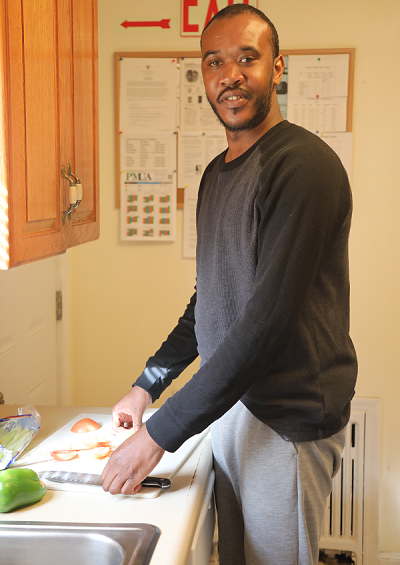 Four years ago, the only item on Jacob’s* checklist of goals was to find a place where he belonged.

Now in VOA’s care, he’s not only found a home, but he’s also landed a job, traveled across the country, and soon he’ll be getting his driver’s license. It’s quite a different outlook on life than he had before arriving at Alletta House, VOA-GNY’s residence for men who are diagnosed with both an intellectual disability and a mental illness.

Jacob was referred to Alletta House from a county correctional facility where he was incarcerated for three years after his guardian at the time filed a false complaint against him. The accusation, though determined to be untrue, led Jacob to be detained, and caused his family to distance themselves from him.

“I couldn’t trust anyone [in jail]. It was a dangerous place and I couldn’t sleep,” says Jacob, who is diagnosed with depression and anxiety. Both conditions worsened behind bars. He arrived at Alletta House underweight and withdrawn. But the patient and compassionate staff cared for him as they would a family member.

“I feel like we’ve made a great connection with Jacob since he’s been here,” says Jawann Westerman, Residence Manager at Alletta House. “There are only four residents in total, and it allows us all to have that one-on-one time and address each particular person’s needs.” After getting Jacob to a healthy weight, the staff at Alletta House helped him improve important life skills like cooking, budgeting, and reading. Working with a job coach, Jacob secured a position at Stop & Shop, earning Employee of the Month shortly after.

Still, the challenge of reconnecting with family weighed heavily on him. Taking small steps, Jawann helped Jacob write letters to different family members to see how receptive they were to reengaging.

“We started helping him foster the relationship with his sister who, pretty quickly, became a big part of his life,” says Jawann. “We gave him a cell phone and they started talking and texting. You could see his whole mood change.” The staff at VOA-GNY helped arrange a trip for Jacob to visit his sister in Atlanta. Because he had never flown on an airplane before, they familiarized him with the process by visiting the airport and going through the steps of checking in, dropping off luggage, and finding his gate.

After his family visit, Jacob appeared to have a new inner light, as if he had finally reignited the spark that his family turmoil had extinguished four years prior. He has now traveled independently to visit his sister, nieces, and nephews in Georgia twice, and they talk on the phone weekly. 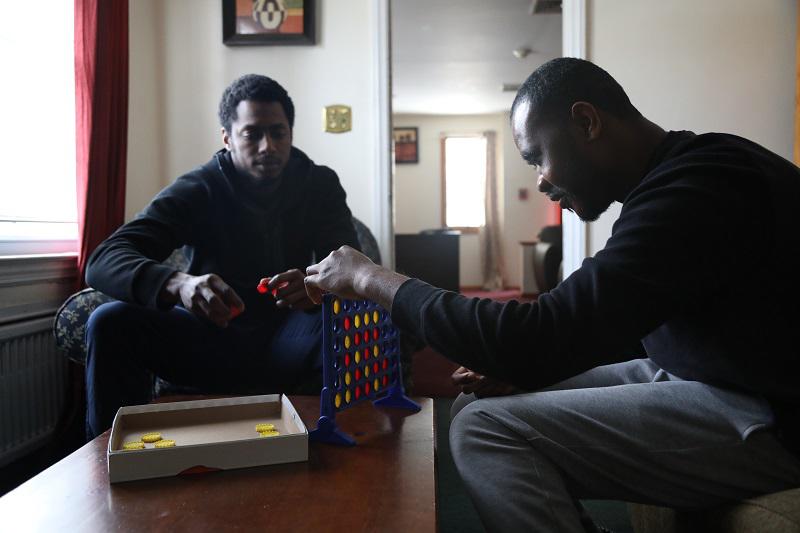 Back home in New Jersey, Jacob attends a day program twice a week where he is learning the names and dosages of his medications and eagerly studying his driver’s manual. With a new lease on life, he sees himself transitioning to his own apartment.

“It was a big step to move out here to meet new people, new friends, and start a better life,” Jacob says, grateful for the support of his VOA family at Alletta House. “It was hard at first, but now it feels good.”

Learn more about our programs for adults with intellectual and developmental disabilities.