Once a Member of the VOA Family, Always a Member 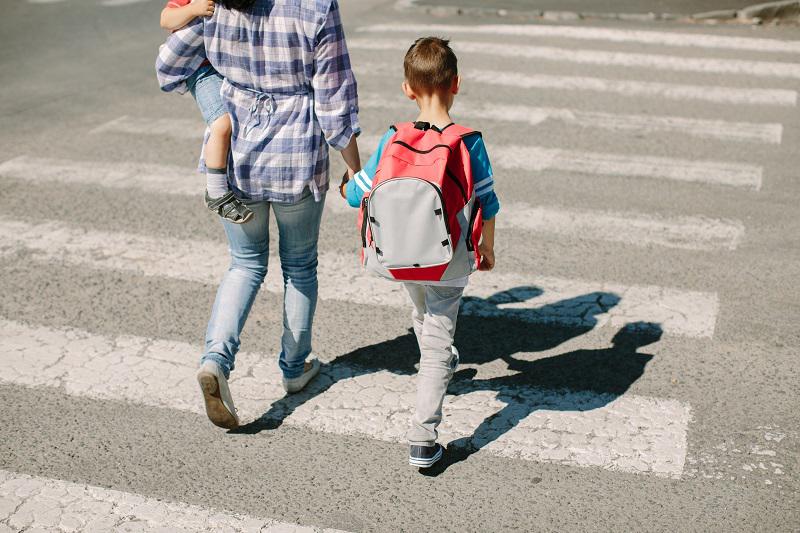 When she arrived at our domestic violence shelter in Brooklyn, Nina* had a preconceived notion of what her stay would be like.

Having experienced homelessness as a child, she was familiar with the institutional feel of the shelter system and the isolation that followed when, as a teenager placed in foster care, she aged out of her group home at 17. With no family to turn to, Nina ended up in a traumatic, abusive relationship that finally ended when her abuser was arrested and imprisoned.

Since those distressing years, Nina had established a stable life for herself and her two young children in New York City, earning her accounting degree and living safely and independently – until her abuser began seeking parole. She was advised to leave the area as a safety precaution, and her entire life was turned upside down when she relocated to Florida for 10 months, forced to spend all of her carefully saved earnings to protect her family.

Nina returned to New York City the day her mother passed away, and paying for the funeral took every penny she had left. Her money gone, she had no choice but to enter the shelter system with her kids.

“I had a chip on my shoulder when I came to VOA. I still had a lot of hidden issues,” she says. “But the staff persevered. Not only did they help me with my current situation but they let me know that what I went through in my childhood and teenage years wasn’t my fault. VOA took me out of the victim mentality and told me, ‘You’re a survivor.’”

Focused on rebuilding her life, Nina’s situation improved each day thanks to the support offered by VOA-GNY’s compassionate staff. She discovered that her newfound confidence changed the way she approached her school work – at the time she was studying to become a certified Microsoft Office specialist – how she ran her household, and how she addressed relationships and friendships.

When her son was diagnosed with Autism, the staff advocated for his needs, helping her write to the Board of Education and make appointments with specialists. Childcare staff watched her son while Nina went to classes, giving her peace of mind so she could concentrate on making a better future for her family.

“Over the next six months, I had such an amazing support group,” she says. She left us with a safety plan in place, having secured an apartment and graduated from her program. Her abuser, however, was released from jail three weeks later and Nina felt immobilized, afraid to leave the apartment. But she remembered – once a member of the VOA family, always a member.

“I was so grateful that the staff there embraced me and helped me deal with my fear through therapy. After tremendous and intensive support, I no longer have that fear.” Today, Nina has a full-time job at a management company and says she is financially stable for the first time in eight years. In May, she will become a certified low-income housing tax credit specialist. Her eldest is a college freshman.

“Any time I’m facing issues, with work or anything, I can call VOA. It’s been two years since I left and they’re still there for me,” Nina says. “I’m really grateful because I have no parents, no family members, no one. VOA has been that support system for me and my kids that I never truly had before in my life.”

Learn more about how our domestic violence shelters provide a safe place for families to heal.