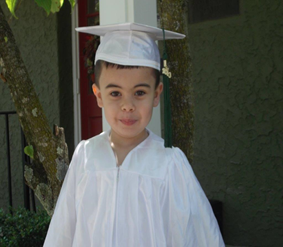 Michael* entered Volunteers of America-Greater New York’s Staten Island Early Learning Center (SIELC) in September 2011. When he entered the program, he presented with limited speech/language development, fine motor skills and social/emotional development.  Michael did not play with his peers and preferred to engage in solitary play.  He also had difficulty focusing during classroom instructions.

We watched Michael grow and develop in a manner that impressed all who knew him. He became a role model and a leader in the classroom. Michael developed advanced verbal skills that enabled him to ask advanced questions as well as answer in complete sentences.  By the time Michael graduated SIELC in 2013, he had mastered all of his IEP goals and was prepared for kindergarten.

Michael currently attends a small, integrated program where he can apply his higher cognitive skills. Reportedly, Michael is adjusting well and continues to make progress.

*Child’s name has been changed.