Making Birthday Wishes Come True for Children Who Are Homeless

Celebrating birthdays is a normal, happy part of childhood.

“When I was a kid, birthdays were a big deal for me, and they are for my nieces and nephews too, ” says Maureen Crough. Maureen is a co-leader of the Princeton Women’s Networking (PWN), an alumni group made up of female graduates. They recently volunteered with us to help pack Birthday-in-a-Box kits for Volunteers of America-Greater New York (VOA-GNY). 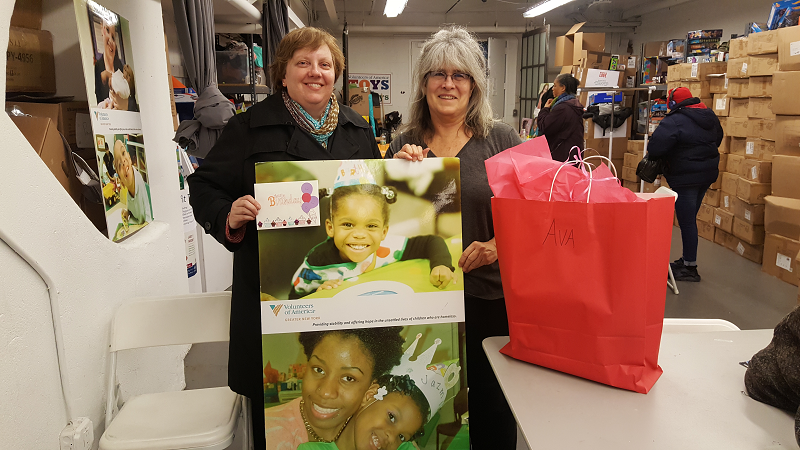 Birthday-in a-Box is a component of Brightening Birthdays™, a program that plans and celebrates the birthdays of children living in our seven homeless and domestic violence shelters. Each month, all the children whose birthdays fall within that month are invited to a party where they receive three beautifully wrapped gifts and goody bags to give out to their siblings. The children enjoy games, have their faces painted, and always get the chance to blow out candles on a cake or cupcakes. Without these parties, it would not be unusual for a child’s birthday to come and go, unrecognized.

In most instances, rather than be onsite to run the party, VOA-GNY counts on volunteers to prepare boxes that contain everything the shelter needs to throw a party. Volunteers purchase or collect birthday gifts, small items to go in goody bags, wrap gifts, and in general, assemble the boxes to be picked up by the shelters. Birthday-in-a-Box packages also include decorations, a craft project, party hats, and games. On occasion, there may be an opportunity for volunteers to be present and actually host a party for the children.

Maureen and her fellow Princeton alum Alisa Matlovsky got involved in PWN in 2008, and Alisa suggested they add a service component to the small parties and lectures that were standard for the group. The first year PWN participated in Birthday-in-a-Box, they had a great time preparing gifts for the kids. Then, last year, they expanded the number of slots for members to participate, and it filled up immediately. Since this event was so popular, PWN opened up the opportunity to the wider Princeton Alumni network in the New York City area this spring and all 25 slots filled up quickly with eager volunteers and families. Not only did PWN bring in and wrap gifts, but they also made beautiful cards with the help of Pamela Williams, a card making expert Alisa had met through an event she attended. 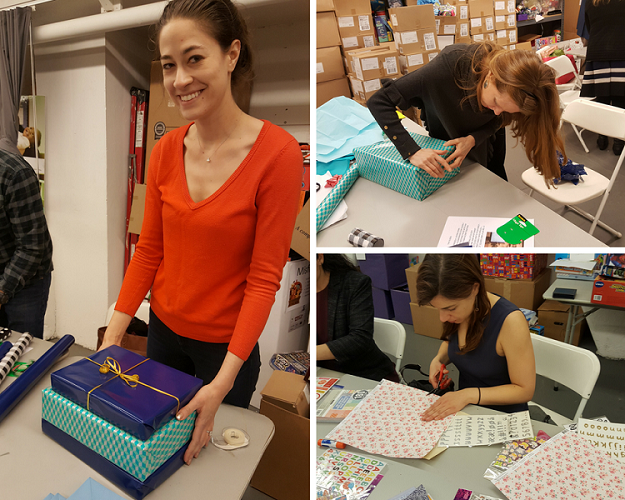 Alisa likened the experience to a sewing bee, where everyone sits around a table, working on a common project as they catch up with one another, reminisce about their college days, as well as make connections with new acquaintances. She also notes that it’s a relaxing activity that gives everyone a chance to be “crafty”. “People would come up to me afterward and say, ‘I’m not very creative, but it gave me the chance to be and I loved it!’”

Most importantly, it’s an opportunity to give back to the larger community, and make the children living in our shelters feel special on their birthday, just like any other child would. PWN plans to work with us beyond Birthdays-in-a-Box through involvement in other annual campaigns. Both women remarked on how easy it was to work with VOA-GNY, and the efficiency of the whole process.

If you’re interested in participating in Brightening Birthdays™, please contact Andrew Zibell, or visit our website for other opportunities to volunteer with your company or community group.